It was a bit of a roller coaster, but all three of my new fish made it out of QT and into the DT! I was expecting some rough handling by my clownfish of the newcomers, but she’s been surprisingly tame. I expected her to bully the smaller of the two fish (the corris wrasse and the watchman goby), but surprisingly she’s been chasing the firefish off. The fish were moved into the DT 9 days ago and I’m happy to report everyone is behaving themselves. 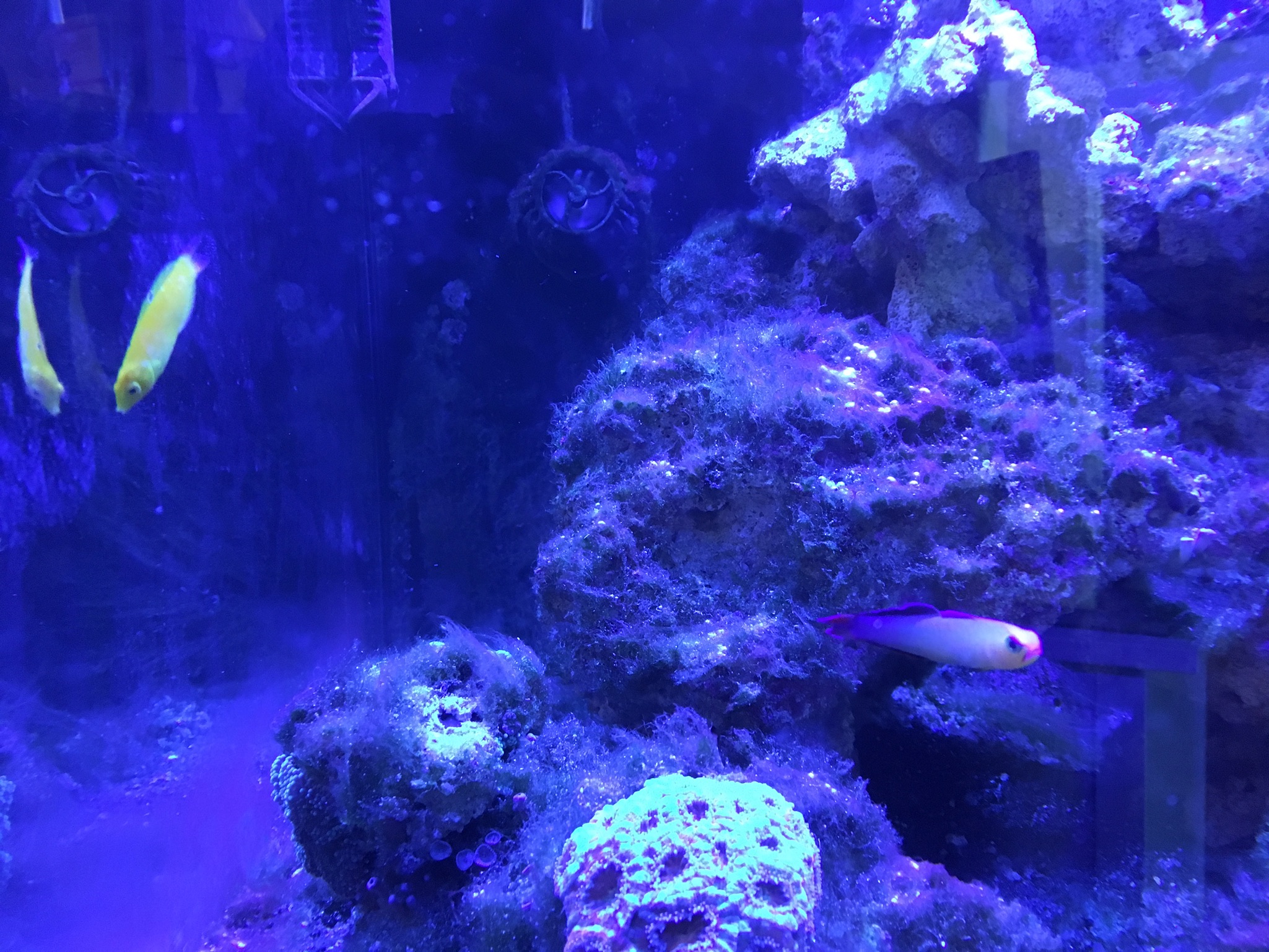 This picture is pretty terrible (taken with an iPhone 6S), but you can see the firefish and wrasse here. The yellow watchman has set himself up a nice spot in the front of the tank (AWESOME!). I’ll snap some good pictures of them and post later.