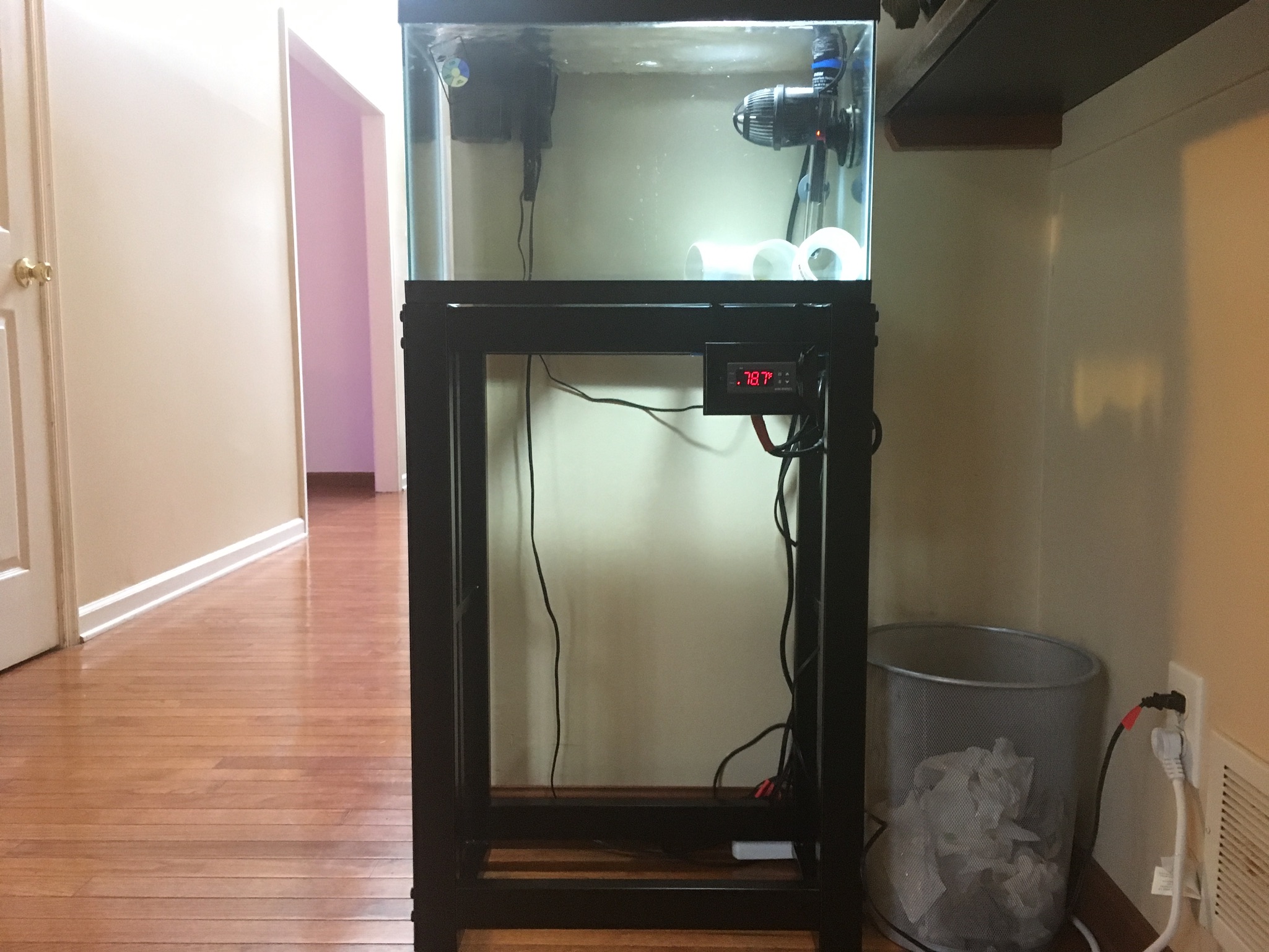 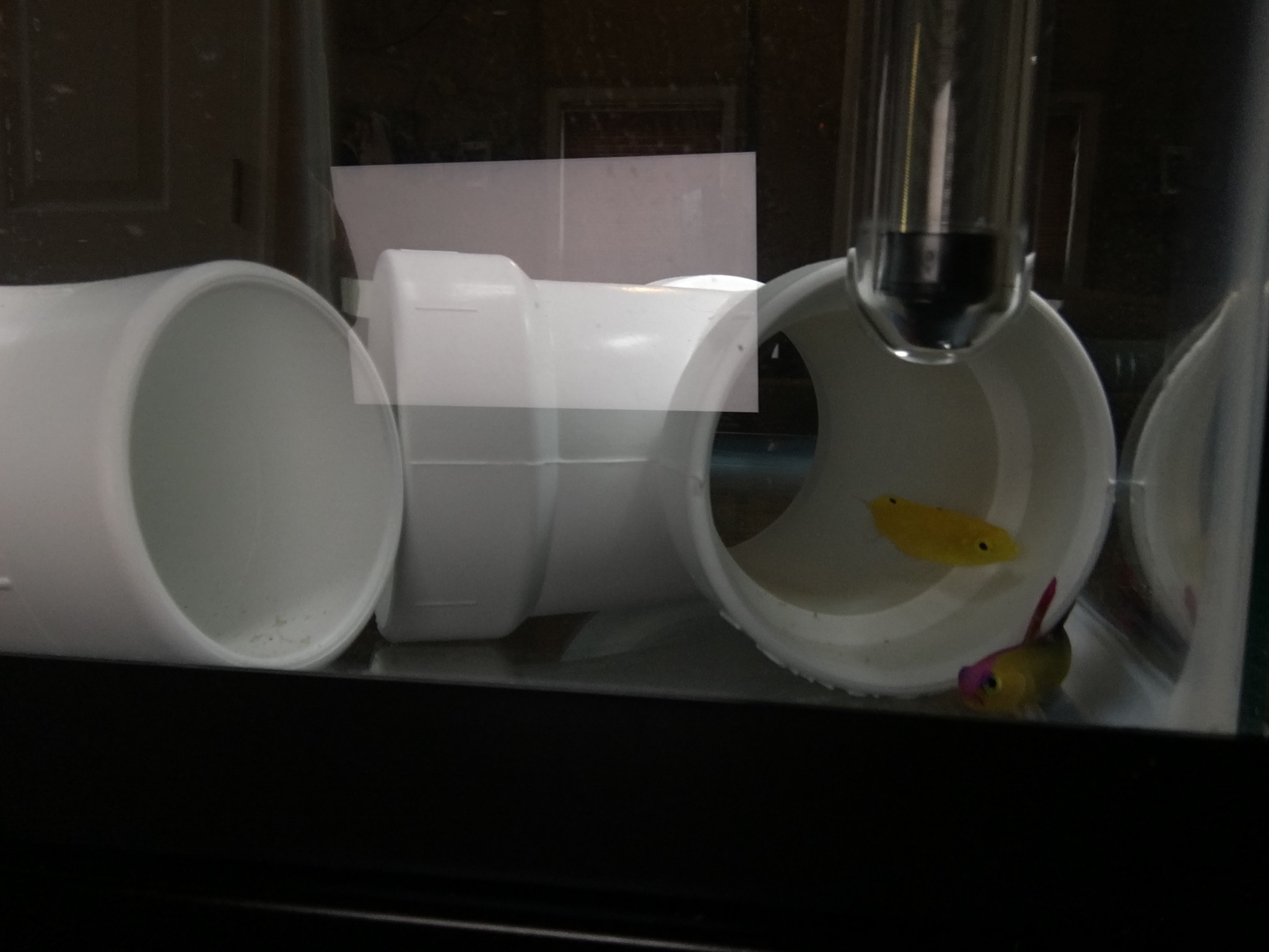 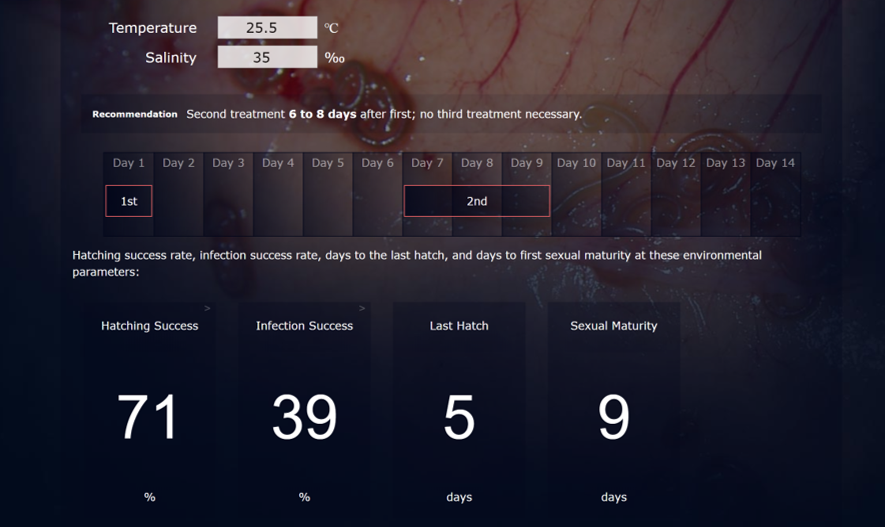 Tomorrow is the big day! Starting to run copper.  I’m going to raise it up over the course of 10 days since wrasses are particularly sensitive to copper. People have found that chelated copper, like Copper Power and Copper Safe, tend to be easier on fish. The therapeutic range is also higher which means it is a bit harder to overdose. Lucky for me, it is readily available at most local fish stores. Chelated copper levels can be tested using API’s Copper test kit.  It can not be tested using Seachem’s or Salifert’s. 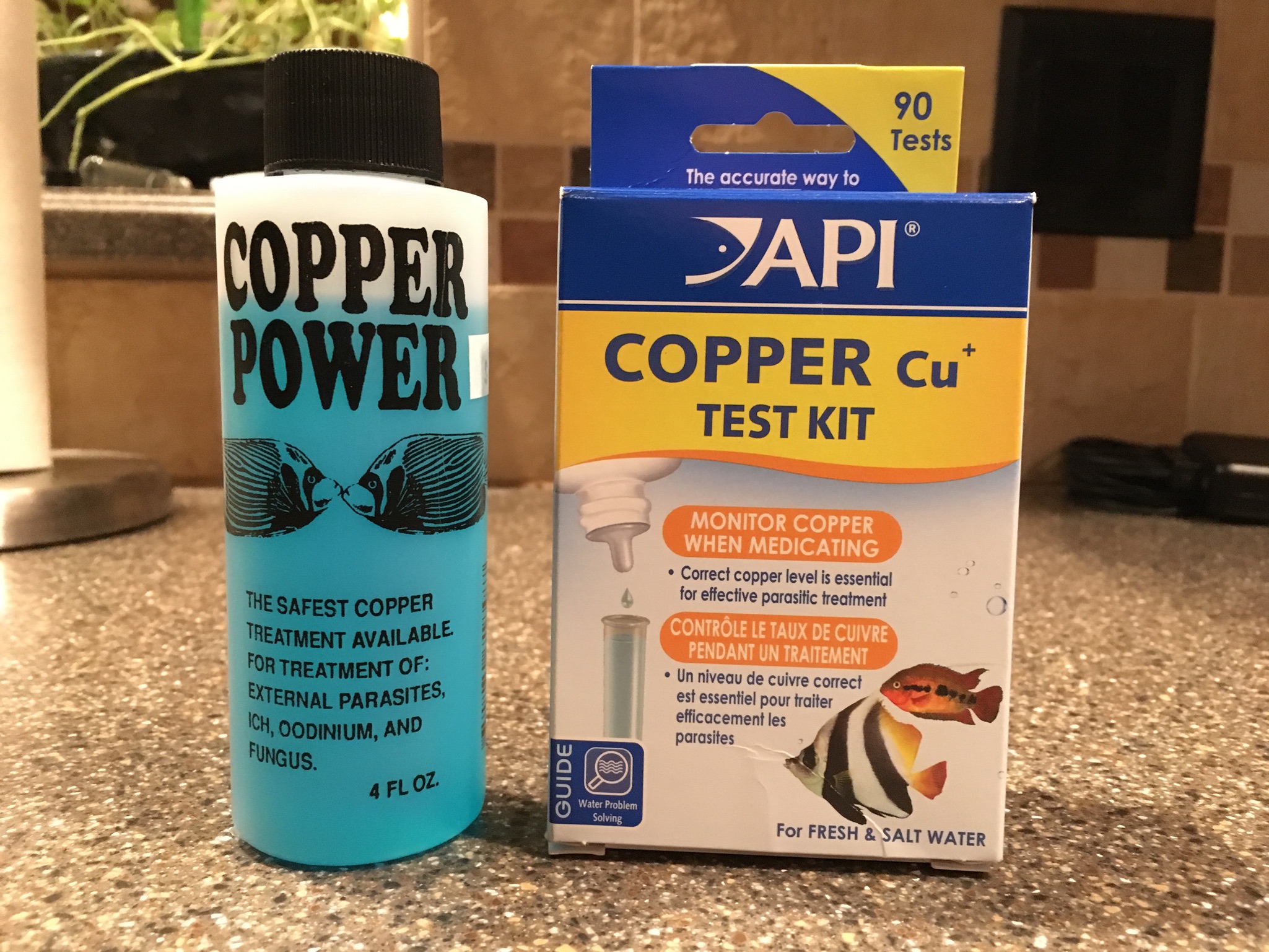 The therapeutic level for Copper Power is 2.5ppm.  Over 10 days, I’m going to raise by 0.25ppm per day.  It takes 0.5 oz (according to the bottle) to reach that level in 10 gallons of water.  On day 1 (tomorrow), I’m going to dose 0.025 oz (~0.75 mL) in the morning and again in the afternoon.  I’ll test after the first dose and in theory, I won’t see much if anything detectable on the test kit.  Repeat for the next 9 days and I should get to 2.5ppm.  I have sand in there for the wrasse, so this might take more than expected to reach therapeutic levels.  It also might get absorbed, so daily testing for 30 days is a must.

I came across a fantastic article on Reef2Reef today about how to properly sterilize a quarantine tank and its equipment.  It is really very simple and should only take you about 10 minutes to complete.  From that article:

1. Gather your cleaning equipment: Vinegar or Bleach, old rag or sponge, and all equipment used during QT like hoses, HOB filter ect. Be sure to dispose of any media inside the HOB filter and use new for the next batch of fish. Dispose of any air stones used as well.

2. Empty all the water out of the tank, leaving all the pvc elbows, heater, thermometer and any other equipment inside the tank.

3. Refill the tank with freshwater from the hose to about half way. Add 1 teaspoon of bleach per gallon of water if you choose to use bleach. Or just splash in about a ½ cup of vinegar. Vinegar won’t hurt you if you add too much, so the instructions are meant to keep you from wasting it or making your hands smell really bad. You can take this opportunity to soak everything in bleach or vinegar, but it’s not necessary.

4. Use your old rag or sponge to wipe everything down individually including each piece of equipment and the walls and bottom of the tank.

5. Fill the tank again with fresh water to rinse and empty. Take each piece of equipment out and rinse individually, then rinse the tank individually.

6. Set each piece aside to dry for several days to be sure every little nook and cranny has dried completely. The drying is the most important part of the whole process.

Super easy, right?!  Meredith was even kind enough to provide a video if you don’t like reading 🙂

I’m filing this one under pest treatment, although it really is more of a pest preventer!  While the best way to ensure you don’t bring any unwanted pests into your tank is to use a coral quarantine tank (QT), that isn’t always an option.  This coral dip is safe for your corals, but deadly for most of the pests we want to keep out of our tanks.  It’s as simple as can be and it is very effective.

END_OF_DOCUMENT_TOKEN_TO_BE_REPLACED

Quarantining fish has always seemed like a time consuming, expensive and complicated process.  I’ve been lucky and haven’t had any fish with ich, velvet or other parasites in my display tank in the past.  That said, there are more and more reports of fish coming in with ich and velvet from the major US importers.  I have a clownfish in my tank, Jaws, that has been with me for over 7 years as of writing this.  I’m just not willing to risk her health to take a shortcut when adding new fish so I decided to learn what quarantine is really about and what equipment it takes to accomplish it successfully.  There is a process that is entirely different for quarantining inverts and corals which I’ll talk about in a later post.  For now, let’s focus on fish.